We are in the midst of a dramatic marketing shift. Even digital marketers don’t consider themselves highly proficient in digital (more than 50 percent state that). Our world is multi-device, multi-channel, multi-complicated, and everything is accelerating. While there are numerous efforts to keep up with these changes, marketers quite often minimize the importance of creativity and human relevance. Yet both are needed more than ever for a brand to stand out in today’s heavily fragmented and highly competitive landscape.

It all started after the year 2000 – a time when people began to research products and make decisions online before even talking to a sales person. This was uncharted marketing territory. Consumers turned into brand advocates and critics, posting reviews and recommendations with no control from brands.

The next shift came with the rise of smartphones, which gave 24/7 access to the Internet. The customer decision journey was promoted as a better model to replace the linear “funnel” one. And, after that, came the next big shift: social media. Social completely changed the way we thought about content and advertising. The traditional media model fast lost its validity.

We currently have a really complex situation. We have three kinds of media to consider, in addition to more than 1,800 specialized technologies for analytics, social, search and more, with new technologies emerging at an accelerating pace.

It’s imperative that brands stand out across all devices; and it’s the power of creativity and human relevance to make people stop and pay attention. Creative is what frames the relevant brand experience – not to mention its importance to the increasing number of millennial buyers. Just have a look at the headlines: “Creative Is King When Targeting Millennials,” “Generation Y Defined by Creativity,” and the list goes on.

In addition, research studies are now proving the remarkable effect of creativity. Recent ComScore research proves that creative content drives more than half of sales changes. And, initially with small impact, creative campaigns have doubled the sales impact of non-creative and in the long term are 11 times more efficient. While technology enables us to target precisely the right consumer at the right time, what messages look and feel like is not a result of data science.

The trend seems clear. As things continue to become more complicated, the need for integrated solutions only increases. Whatever big shift is coming next, we can’t afford to lose sight of what’s important. Because in the end, there is no success without creativity and human relevance at its core. 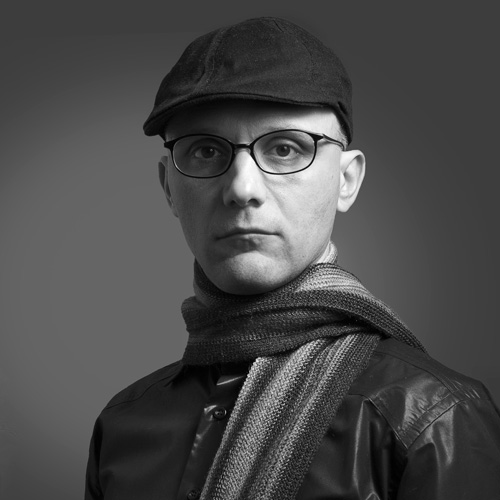 Addicted to creativity, Kalin Dimitrov is a passionate idea hunter with a long track of creative work in several business sectors, and brands such as Coca Cola, Audi, Danone and more. Before joining gyro, Kalin worked for GE in East House Creative, and spent several years at Bulgarian offices/representatives of Y&R, TBWA and Publicis, as well as at Noble Graphics.