There’s an African proverb that begins: “If you want to go fast, go alone.” In this day and age, fast seems the way, doesn’t it? Timelines shrink, production goes faster and solutions come quicker. This is the world of real-time.

But it then follows on: “If you want to go far, go together.”

As marketers, we can create stellar strategy that persuades customers to buy what we sell. But just as important is your internal audience – the people who make our brands living and breathing.

Many are experienced in scoping and delivering brand campaigns. But unless you can take people on that journey, what is the point? This is key if your brand wants to make a genuine business change.

Unlocking this audience – inspiring and creating momentum – is inherent to success. So why is this audience seen as an after thought and a lesser creative field?

More often than not, there is more disconnection within a company than out. Many are interested in taking employees with the company and the brand; however, they don’t have a set strategy. One reason for this can be the disconnect between human resources and marketing, or the fact that marketing is not leading the charge. A survey from research firm Altimeter Group found that HR leads employee engagement initiatives at 41 percent of companies, while marketing leads these efforts at only 11 percent.

This leadership is often what has an effect on making change, and even the extent of what change is possible – from creative to the brand, to change in the product and the essence of a business.

We can see two examples where companies have worked with the internal structure, or essence, of their business to make business change happen:

Staff-first Strategy: Aviva Bank
The 300-year-old UK bank, Norwich Union, changed its name to Aviva in 2009 as part of a strategy to bring its brands together under one roof. Part of that strategy was to grow and transform as it competed globally. This was far from an easy process and involved engaging more than 50,000 employees across 28 countries. For some, the fact that they would no longer be working for a much-loved Norwich Union became an emotional issue. That’s why Aviva management dedicated much time and effort to getting staff buy-in. The rebrand was announced more than a year before the change was actually made, and all that time was spent consulting employees and taking their opinions on board.

Genuine Change: Domino’s Pizza and Its Recipe
In a 2009 consumer survey, Domino’s ranked first among major pizzeria chains in convenience and price, but it tied last on taste. Domino’s needed to rework their pizza recipe. But more than a mere tweak, the company overhauled its signature dish as part of a two-year charge to revamp the company’s menu and the brand itself (which has been falling by the wayside for several years).

Patrick Doyle, CEO, said there was only one way a chain of Domino’s size, with more than 5,000 units in the United States, could pull off so many drastic changes in such a short time span.

“There was significant support from our franchisees for launching the lines that we launched last year, and moving very quickly on getting sandwiches out and American Legends out, and all of those new platforms that we launched,” Doyle says. “They supported the pace that we were moving on those.”

If we want to make genuine business change happen and make those transformations go the distance, we need to go together. Uniting the organization should be the first and most important task for a brand (and creativity). 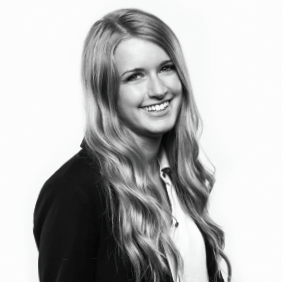 Stealing from Einstein, “I have no special talents. I am only passionately curious.” I’m interested in the world and the people within it – cultural trends, why people are the way they are and how this all affects brands, businesses and everyday lives. Also a lover of gin, my Kindle, adventures and anything with a beat that isn’t thrash metal.