The Internet: often recognized as one of the century’s most influential inventions, it’s equally often taken for granted as a “free zone,” the international waters of the digital world. In 2015 that freedom will be challenged. Why? The reasons are complex and diverse – from global market trends and regional laws to seemingly arcane government contracts – but the effects will force us to re-evaluate our assumptions about how the web is governed, and will impact our business and personal lives in very concrete ways.

The web, despite its distributed nature, is very local. As “filter bubbles ” and co-location in stock markets reveal, where you are matters. For most of history, the most important location for the Internet has been the United States – a fact that most English-speaking netizens are not forced to consider. From ARPANET , the original military-sponsored packet-switching network, to the fact that dot com is the largest top level domain name, for years the Internet has been “controlled” from the U.S. (or, at least, its center of gravity was located in the country).

More arcanely, the governing body in charge of regulation and control of domain name systems and IP network numbers, California-based U.S. nonprofit ICANN (Internet Corporation for Assigned Names and Numbers), has for years been under contract with the U.S. government. But, in 2015, that contract will expire , and for the first time control over these registries and identities will be surrendered to the global community.

Who will take over? While some U.S. politicians fear foreign government control (and analysts warn that ICANN will now be able to raise domain-name registration fees in an unrestricted monopoly), optimists hope that the result will be a more democratic, distributed control over the Internet. What that “democratic” web will look like, however, is unclear. After all, different countries and legal systems have strikingly divergent views on free speech, libel, privacy and intellectual property.

Experts give two directions for this future web. First, it could become more open and globalized as market forces shift to serve the growing portion of Internet users in the developing world. Second, it could become balkanized, as differences in legal and political context push regions to develop their own standards and infrastructure.

Ian Bremmer, president and founder of Eurasia Group and TIME Foreign Affairs Columnist, sees balkanization as a real possibility, exacerbated by polarizing policies such as the National Security Agency surveillance revealed by Edward Snowden. The U.S.’s policies have pushed world leaders to consider developing their own gated infrastructure. German Chancellor Angela Merkel suggested a “private EU cloud,” while countries such as Brazil have begun the process of developing their own domain name system (DNS) root servers hosted on domestic soil. Russia, starting in 2016, will require all data on Russian citizens to be stored on local servers. Even the seemingly progressive FCC recommendation on Internet regulation that’s expected to leak this week is an example of one government changing how the web works within its geopolitical borders. At its most extreme, the result of such policies is a highly self-referential and siloed infrastructure such as that which exists in China or Cuba.

In addition to political climate, the opportunity represented by “the next billion” is pushing tech companies to globalize in different ways. In 1999, an estimated 70-80 percent of all content was in English. Now it’s estimated to be less than 55 percent . Google and Facebook are developing products to cater to this lucrative market and compete with rapidly expanding counterparts (such as Tencent). Whoever wins the battle for users, it’s certain that the resulting environment will be more global and less U.S.-centric. But global doesn’t necessarily preclude balkanized. Facebook CEO Mark Zuckerberg, with his sights set on reentry to the lucrative Chinese market (Facebook has been banned in the country since 2009), has shown his willingness to adhere to the country’s stringent censorship laws by removing dissident content . LinkedIn, which began operations in China in early 2014, has also proved equally ready to censor users.

What will all of this mean for us, as users and marketers of the future? Even if your next banner campaign isn’t aimed at smearing Xi Jinping, it’s nearly certain that the web in 2015 and beyond will likely look very different. According to the inventor of the Internet himself , Tim Berners-Lee, “We will have to face these issues or the pace of innovation and progress will suffer.” For those of us in the English-speaking world (and especially in the U.S.), it will mean getting used to not having the upper hand and the lingua franca of the Internet. It may mean greater legal restriction on what we can and can’t say online – and require more investment in vetting and customizing content for local markets. It will mean access to more people – but access at a price. It will mean finding a way to answer tough questions about “data residency,” ownership, and classification. Changes – and challenges – are coming. 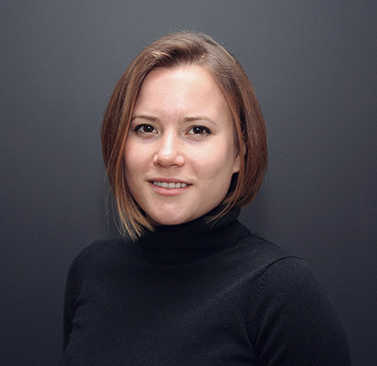 After graduating with degrees in psychology and linguistics from Columbia University, Elizabeth set out to study how peoples’ minds, emotions, and words work in the real world. As an independent branding consultant and at boutique NYC agency CreativeFeed, Elizabeth has crafted compelling stories for international industry leaders in luxury fashion, cosmetics, publishing, wine & spirits, financial services, and technology. At gyro, she helps lead the agency’s global strategy team, uniting a network of thirteen offices in the pursuit of human relevance.